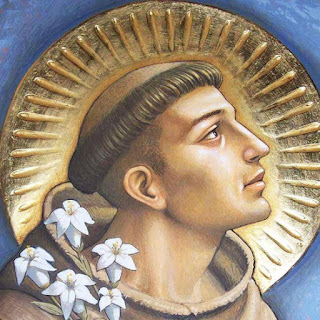 So there are well-meaning people out there who think that you can find lost things by invoking St Anthony.

When I heard this today, my heart sank. It seems so blatantly superstitious and hardly a Christian thing to do if it would distract you from praying directly to the God of St Anthony.

First of all, I was curious who exactly St Anthony was. There are a number of people in church history with this name, such as a pioneer of ascetic monasticism in third century Egypt. However, St Anthony of Padua was born in Spain in 1195, and, early in life, became an Augustinian canon (similar to a monk), and later joined the Fransiscan order, a new monastic order at the time which represented the front-line of Christian dedication. What prompted Anthony to join was the martyrdom of five young Franciscan monks who were preaching the Christian gospel in Muslim-majority Marocco. Like the martyrs who inspired him, he set out for Morocco, but had to return on grounds of ill health. On his return his ship was blown off course to Sicily and he ended up in Italy, where he came to the attention of Francis, the head of the Franciscan order, who entrusted Anthony with teaching the Friars.

Anthony's connection with lost things is that his precious psalter (the Book of Psalms), with all his teaching notes, had been stolen by a renegade fellow-monk. Anthony prayed to God and the thief was prompted both to return the stolen item, and himself to rejoin the monastic order he had abandoned. Interestingly one of the quotations ascribed to Anthony is, “Attribute to God every good that you have received. If you take credit for something that does not belong to you, you will be guilty of theft.” The quotation seems very pertinent to the questionable practice of invoking the prayer of saints rather addressing prayer to God directly.
Anthony, recognised after his death as Doctor evangelicus, was known as someone who knew his Bible well, and as a preacher. At an ordination ceremony in Forli, when several others declined, Anthony was called on to “speak whatever the Holy Spirit put in his mouth.” Later in life, from 1230 he lived and preached at Padua. If his preaching did not lead to his hearers repenting, he described it was “hunting all day and returning with an empty game-bag.” In 1231 he died, aged only 36.
Автор: Russell на среда, сентября 22, 2021 Комментариев нет:

At Radcliffe Road Baptist Church we have been working our way through 1 Peter, and, most recently, the verses that speak of giving a "reason for the hope that is in us" (1 Peter 3:15).

In many, if not most cases, the opportunities we have to tell people the message of the Christian faith come as we respond to questions asked (see also Colossians 4:6). In Peter's time, and in our time, those questions may be asked less than sympathetically. Indeed, when the Apostle says "be ready to give a defence (apologia)", in many cases he meant just that: Christians might have to defend themselves in court (e.g. Acts 26), or in a court-like setting (e.g. Acts 17).

Apologetics (the defence of the faith) is about responding to such questions or objections. In the second century there was a whole cohort of Christian teachers, such as Justin Martyr, called the Apologists, who engaged with the questions and objections of those around them, presenting the Christian faith to the Greek-speaking world in which they lived. Later, Christian thinkers such as Tertullian and Origen continued this tradition. There have been many Christian apologists since, such as, for example, C S Lewis in the 20th century, or John Lennox and William Lane Craig today.

Last night at the midweek meeting at church, I asked each person present to write down for me questions that are often asked, and also a difficult question to answer.

Some questions were familiar, and many of these came up several times:

1. Why does God allow evil, injustice and suffering? (We attempted an answer to this together as a group.)

2. Alleged errors and contradictions in the Bible

5. Why Christianity over other religions? Don't all ways lead to God/salvation?

6. What about those who have never heard or responded to the gospel?

7. What happens when you die/after death?

8. Why do you believe in God? How do you know yours is the right faith?

One or two questions were unique:

1. How does God have a son? (A very relevant question for those from a Muslim background)

3. Why is the Bible not clear on areas that cause division?

It would be interesting to hear what other questions people are asking. Exercises like this one prompt us to listen more carefully to those around us. Sometimes, as Christians, we can be out of touch with the real issues and questions people ask, and we need to make sure we are

Will the true church please stand up (John Chysostom)

"There comes a heathen and says, “I wish to become a Christian, but I know not whom to join: there is much fighting and faction among you, much confusion: which doctrine am I to choose?” How shall
we answer him? “Each of you” (says he) “asserts, ‘I speak the truth.’” No doubt: this is in our favour. For if we told you to be persuaded by arguments, you might well be perplexed: but if we bid you believe the
Scriptures, and these are simple and true, the decision is easy for you. If any agree with the Scriptures, he is the Christian; if any fight against them, he is far from this rule."
(John Chrysostom, quoted by P. Schaff)
Автор: Russell на понедельник, июня 21, 2021 Комментариев нет:

Madeira, Pearl of the Atlantic

Madeira is a beautiful archipelago, known as the "Pearl of the Atlantic" off the northwest coast of Africa, which has had strong ties with Portugal since it was colonised in 1419 - the first territory to so be "discovered" during the Age of Exploration. Its capital is Funchal and its total population, which is Portuguese speaking, is just under 300 thousand. The main island is about the same area as the county of Middlesex in England.

In 1838 Dr Robert Reid Kalley from Scotland began a work which led to the creation in 1845 of the first Portuguese-speaking gospel church. It met in the capital, Funchal. This work grew to 2000 people, but bitter persecution led to this community of believers being dispersed, many going into exile, particularly to Jackson in the USA. Dr. Kalley himself only escaped the island with his life by being carried on a stretcher disguised as an old woman. He went on to be a missionary in Brazil, where he died in 1888.

There are currently several, mainly expatriate churches on Madeira.

Two Portuguese-speaking families with connections to Brazil, one of them native to the island, have recently moved to the island with a vision to start a gospel church, and services have already started. If you are interested in hearing more, please contact me by email!

Origins of Christianity in India

Christianity reached India from the earliest times. There is a reliable tradition that the Apostle Thomas preached there from 52г, seeing the conversion of members of the Brahman caste, as well as local Jews, founding a church and ordaining local clergy. Indian believers in Christ were called "nasrani" from the word "Nazareth".

In 180 it is possible that Pantaenus, the Christian teacher from Alexandria, found this church, which had the gospel of Matthew in "Hebrew".

When trader-missionary Thomas of Cana arrived in 345, along with 400 refugee believers, there was already a community of Christians. The incomers belonged to the Church of the East ("Nestorians") with its central episcopal see at Seleucia-Ctesiphon. Over time these links were strengthened. Patriarch Timothy I founded the Metropolitan See of India. Thus a second branch of Indian Christians emerged: the "southern" Christians associated with Thomas of Cana, as opposed to the "northern" branch tracing their roots back to the Apostle Thomas.
In the XVIth century explorers and missionaries arrived in India to evangelise, and found an existing, indigenous church. Over time the Thomas Christians divided into various communions.
Автор: Russell на понедельник, апреля 26, 2021 Комментариев нет: 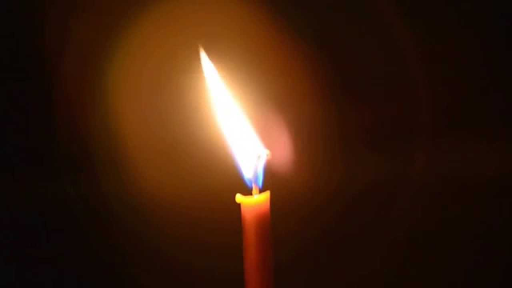 If any man be devout and love God, let him enjoy this fair and radiant triumphal feast. If any man be a wise servant, let him rejoicing enter into the joy of his Lord. If any have labored long in fasting, let him now receive his recompense. If any have wrought from the first hour, let him today receive his just reward. If any have come at the third hour, let him with thankfulness keep the feast. If any have arrived at the sixth hour, let him have no misgivings; because he shall in nowise be deprived therefor. If any have delayed until the ninth hour, let him draw near, fearing nothing. If any have tarried even until the eleventh hour, let him, also, be not alarmed at his tardiness; for the Lord, who is jealous of his honor, will accept the last even as the first; he gives rest unto him who comes at the eleventh hour, even as unto him who has wrought from the first hour. And he shows mercy upon the last, and cares for the first; and to the one he gives, and upon the other he bestows gifts. And he both accepts the deeds, and welcomes the intention, and honors the acts and praises the offering. Wherefore, enter you all into the joy of your Lord; and receive your reward, both the first, and likewise the second.
You rich and poor together, hold high festival. You sober and you heedless, honor the day. Rejoice today, both you who have fasted and you who have disregarded the fast. The table is full-laden; feast ye all sumptuously. The calf is fatted; let no one go hungry away. Enjoy ye all the feast of faith: Receive ye all the riches of loving-kindness. Let no one bewail his poverty, for the universal kingdom has been revealed. Let no one weep for his iniquities, for pardon has shown forth from the grave. Let no one fear death, for the Savior’s death has set us free. He that was held prisoner of it has annihilated it. By descending into Hades, He made Hades captive. He embittered it when it tasted of His flesh. And Isaiah, foretelling this, did cry: "Hades, said he, was embittered, when it encountered Thee in the lower regions." It was embittered, for it was abolished. It was embittered, for it was mocked. It was embittered, for it was slain. It was embittered, for it was overthrown. It was embittered, for it was fettered in chains. It took a body, and met God face to face. It took earth, and encountered Heaven. It took that which was seen, and fell upon the unseen.

"I did not send them; they sped of themselves; hence they are unable to preserve their very selves, much less to build up another's soul."

(quoted by Yannoulatos, "Monks and Mission in the Eastern Church)

After 9/11 and the Twin Towers atheists decided that enough was enough ; religion was no longer to be tolerated, but eradicated. And the Ne...